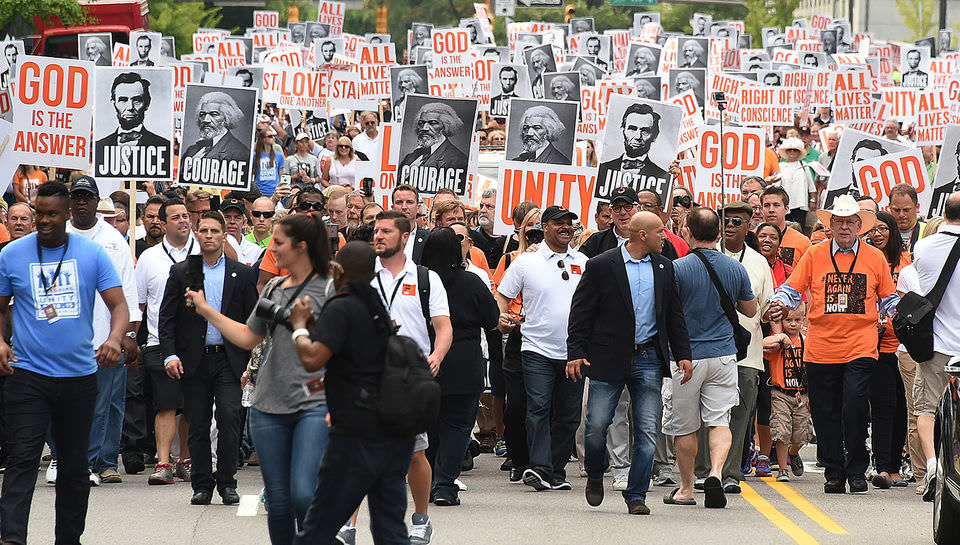 All Lives Are Important – Bishop Jim Lowe from Birmingham, AL

Just last week thousands of concerned Christians from across the nation and from different races marched together in Birmingham, AL for a new cause: Restoring Unity.

Bishop Jim Lowe, who partnered with Glenn Beck to bring this march to Alabama was interviewed by CNN about a recent comment by a Presidential candidate. Scott Walker, recently said that under President Obama, ‘…we’ve seen racial tensions worsen and a tendency to use law enforcement as a scapegoat.’

When Bishop Jim Lowe was asked if the President was to blame for the racial divide in the nation he responded:

‘It is to bear on the president, but it is all coming to bear on all American citizens who refuse to take a stand for the goodness and righteousness that comes from God….We need to declare those who are wrong, wrong, regardless of what their political party may be. Whether they be Democrat or Republican…we’re responsible as a people.’

When asked if he would be willing to march with Black Lives Matter he answered:

‘Anytime any organization advocates violence or force…it is wrong. It is the Word of God that we follow that says violence begets violence.’ And later in the interview he stated, ‘…we must divorce ourselves from the violence that is being enforced by some segments, Martin Luther King had the same problem.’