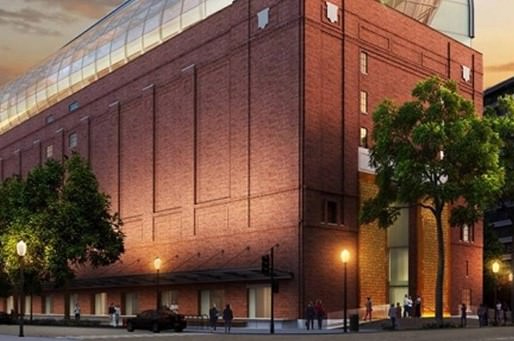 A Bible Museum in Washington

In Washington, D.C. Steve Green the president of Hobby Lobby is building a Museum of the Bible. This museum will only display and celebrate Scripture. “The museum is the brainchild of Steve Green, the privately-owned Oklahoma City crafts chain that follows its owners’ evangelical beliefs, including closing its 600 stores on Sundays.”

Steve Green has had a vison of the Bible museum for years. His vision was originally “intended for Dallas – as a way of making Scripture more accessible. Construction in Washington began in February on the site of a former refrigeration warehouse and design center. It will be one of the largest museum facilities in the city, with eight floors, 430,000 square feet and a Biblical garden on the roof.”

The museum recently announced it has signed a contract with the “Israel Antiquities Authority to display a selection from the two million artifacts among the authority’s National Treasures, including pieces of the Dead Sea scrolls. The artifacts will be in a gallery on the top floor of the building that will be part of the museum opening scheduled for fall, 2017.”

Green stated “The Bible has had a huge impact on our world today – from culture and politics, to social and moral justice, to literature, art and music, and more. Our family has a passion for the Bible and we are excited to be part of a museum dedicated to sharing its impact, history and narrative with the world.”

To See the Original Article in McClatchydc.com Click Here