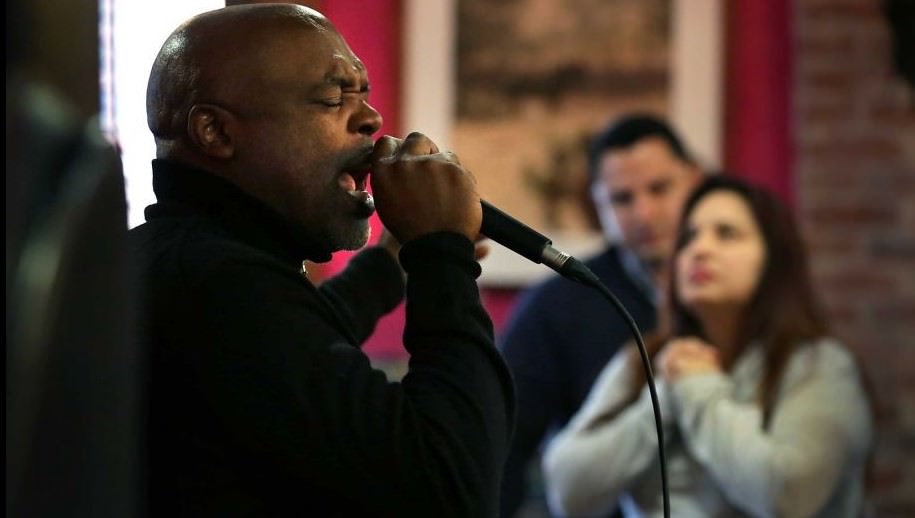 A Mayor Unites Leaders in Prayer

Every month Mayor Ivy Taylor of San Antonio, TX has a prayer breakfast for pastors and leaders of the city. “Before a group of about 100 Christian evangelical pastors” Mayor Taylor who is “a member of Greater Corinth Baptist Church, said her 2016 priorities are shaped by the goal of ‘breaking the chains of generational poverty’ in San Antonio.” Taylor gave a charge to pastors asking them to “commit themselves to helping every child read by third grade.” She also asked pastors if they could “assist young adults and others with ‘life skills to show up on time,’ dress appropriately for work and be prepared to mediate disputes.”’

After speaking on issues affecting the city. Mayor Ivy Taylor led the group of pastors and leaders in prayer. In her prayer she prayed for the city, its leaders and breaking generational poverty. She closed the prayer by saying, “In the name of Jesus, we thank you for this day, be with each and every one of the pastors in their ministries. Pray for the growth in their memberships, and that their members work in our challenged community.” Her closing “amen” sent an inspiring echo around the assembly of pastors. “It prompted Pastor Michael Steve Brown of True Vision Church to offer thanks ‘for a mayor who knows how to pray’ and a request: ‘Keep her away from her haters.”’

In a big city like San Antonio, TX a “public devotion might seem unusual for an elected official, but it’s not for Taylor, whose mayoral campaign received support from evangelical voters and who have held the breakfast every monthly since last February.” Pastor Warren Beemer of Healing Place Church in Borne said, The Prayer Breakfast “began at Taylor’s request, as an attempt to seek guidance, and not just during campaign season but all year.”

The Rev. Carolyn Stovall-Gilbert of Missionaries With the Vision said the meetings have served “to bring the body of Christ together,” creating unity among pastors. “If we can’t get along and work together, how can the people of God?” In Mayor Ivy Taylors closing remarks she turned “to Scripture, reciting Jeremiah 29:11 about God’s plans ‘to give you hope and a future’ and Colossians 3:15’s reference to ‘members of one body … called to peace.”’