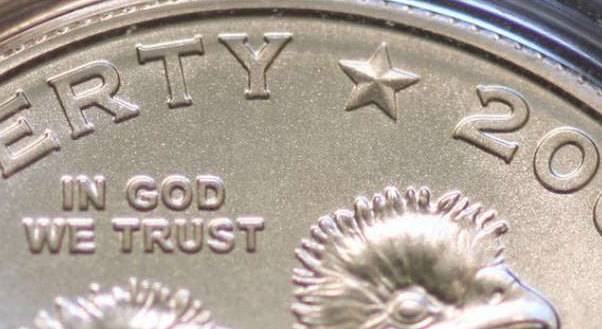 Dating back to Pearl Harbor Hawaii has been iconic in our nation’s military history. Now a Marine Corps base on the archipelago faces an important question. Is it unconstitutional for a military base to reference God?

A sign on the Marine base reads ‘God bless the military, their families and the civilians who work with them.’ Many would view this as an honest display of goodwill, but one organization has sent a letter, claiming that the sign is a violation of constitutional freedoms.

What is at the core of their objection? They cite the First Amendment’s Establishment Clause as the source of their complaint. But is it truly an obstruction of our constitutional rights to walk by a sign that reads, ‘God bless the military…’?

Originally the First Amendment’s Establishment Clause was designed to curtail the government from establishing state-sponsored churches (for example the Church of England). Why was this written into the Constitution? Because many of the early settlers came to America, so that they could truly worship God in full freedom from the tyranny of any king who imposed legally binding state sanctioned churches.

By simply looking back at Martin Luther’s reformation in Germany we can better understand the concern of our Founding Fathers. Many times we speak of it proudly in modern day conversations, but it was a Biblical and cultural revolution through the sacrifice of many martyrs. And why did these martyrs choose to give their lives for the free distribution of the Bible? There’s a simple answer to that. Because there were state-sponsored churches that tried to suppress the free and open distribution of the Bible.

But what does the U. S. government refer to as the establishment of a religion? A Supreme Court decision from 1971 sheds some light on what is known as the ‘Lemon Test’.

The ‘Lemon Test’ states that the government can only assist religion if:
1. The primary purpose of the assistance is secular.
2. It neither promotes nor inhibits religion.
3. There is no excessive entanglement between church and state.

So let’s ask ourselves – does the sign at the Marine Corps base break this criteria?
1. The sign seems like it has a secular purpose, because it is offering good will to the general public.
2. Since every religion in the world, references a god in some shape or form, this sign does not promote or inhibit any religion.
3. And the sign makes no endorsement or promise nor does it signify a relationship between the government or any religion.

The truth is, that we may be allowing a very small minority in our country to determine popular culture for the entire nation. According to a report by Pew Research in 2013, only 2.4% of American adults say they are atheists. How could this sign offend you if you believe in any god?