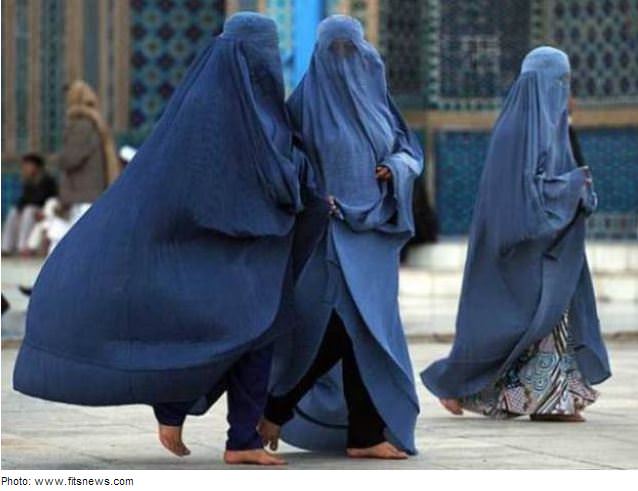 Sharia (the “path) is Islamic law. According to most sources, including the Council on Foreign Relations, shariah is made up of rules that regulate every nook and cranny of life – worship, marriage and inheritance, criminal offenses, commerce and personal conduct. “It is derived primarily from the Quran and the Sunna—the sayings, practices, and teachings of the Prophet Mohammed.”

The bombings and shootings in the name of Islam, such as the Boston Marathon, Fort Hood, the “Underwear Bomber” and 911 are just one element of how sharia law calls Muslims to fight against those who do not accept their law.

Andrew McCarthy, former federal prosecutor and co-author of Shariah: The Threat To America: An Exercise In Competitive Analysis, wrote, “American elites still deal with sharia as just a religious system, when in fact it is as totalitarian a political program as ever were those of communism, fascism, national socialism, or Japanese imperialism.”

The Muslim holy book, the Quran, says that non-Muslims are “the most vile of created beings” (Q 98:6)

Omar Ahmad, co-founder/Board Chairman of Council on American Islamic Relations (CAIR), in 1998 said publicly, “Islam isn’t in America to be equal to any other faith, but to become dominant. The Koran should be the highest authority in America, and Islam the only accepted religion on Earth.”

Islam’s sharia law is insinuating itself into our courtrooms, schools, prisons and every other aspect of society. The lever often used is one of discrimination against the precepts of shariah, while Christian and Jewish customs and laws remain.

America was founded on Judeo-Christian principles. From those foundational principles, Jews and Christians predominantly built this nation’s entire infrastructure from hospitals, universities and charities to the industries that made life better for much of the world.

Islamic principles, defined by sharia law, are in absolute direct opposition to everything Americans believe regarding the law and civil society.

How is sharia showing up in America?

In a 2011 report, Center for Security Policy found 50 “significant” published appellate court cases where sharia law entered the court’s decision making. “Some judges are making decisions deferring to Shariah law even when those decisions conflict with Constitutional protections.”

This matters because the punishments and discrimination, especially against women, defy American principles of human rights, religious freedom, and equality of all before the law. Women must remain mostly covered, and under some interpretations completely covered. Female genital mutilation is practiced in some Muslim nations to protect chastity. Men can have four wives while women only one husband. Women receive half the inheritance of a brother and so on.

Andrew McCarthy wrote, “Shariah is not compatible with the U.S. Constitution. In fact, the forces of shariah have been at war with non-Muslims for 1400 years and with the United States of America for 200 years. While the most recent campaign to impose this totalitarian code began in the late 20th Century, it is but the latest in a historical record of offensive warfare that stretches back to the origins of Islam itself.”

The unique American system of government as expressed philosophically in the Declaration of Independence and codified in the U.S. Constitution is based “on the laws of nature and of nature’s God.” This is the God who handed down a set of laws to the Israelites (Jews) and later through Jesus Christ (Christians) brought about a higher law that resides in the human heart.

Inherent in God’s law – the law of Jews, Christians and the American system – is freedom, individual responsibility, peace, charity, goodwill toward all people.

The Bill of Rights is but a restatement of the rights Americans knew they had as human beings given by God. They knew that all forms of government tended toward infringing upon those rights and wanted to ensure people remained free.

The National Center for Constitutional Studies posts writings by John Quincy Adams, sixth president as well as Thomas Jefferson, as ambassador to France, and John Adams, as ambassador to England regarding their understanding of Islam. The latter wrote a four-page report to the Congress describing a meeting with the emissary of the Islamic potentates of Tripoli to Britain, Sidi Haji Abdul Rahman Adja, regarding the Barbary Pirates’ demands for tribute.

“We took the liberty to make some inquiries concerning the grounds of their pretentions to make war upon nations who had done them no injury, and observed that we considered all mankind as our friends who had done us no wrong, nor had given us any provocation.

“The Ambassador answered us that it was founded on the laws of their prophet, that it was written in their Qur’an, that all nations who should not have acknowledged their authority were sinners, that it was their right and duty to make war upon them wherever they could be found, and to make slaves of all they could take as prisoners, and that every Muslim who should be slain in battle was sure to go to Paradise.”

John Quincy contrasted what he learned from Muslims with Christianity and America. “The fundamental doctrine of the Christian religion is the extirpation of hatred from the human heart. It forbids the exercise of it, even towards enemies. There is no denomination of Christians, which denies or misunderstands this doctrine.

“[Christianity] has mitigated the horrors of war – it has softened the features of slavery – it has humanized the intercourse of social life. The unqualified acknowledgement of a duty does not, indeed, suffice to insure
its performance. Hatred is yet a passion, but too powerful upon the hearts of Christians. Yet they cannot indulge it, except by the sacrifice of their principles, and the conscious violation of their duties. No state paper from a Christian hand, could, without trampling the precepts of its Lord and Master, have commenced by an open proclamation of hatred to any portion of the human race.

“The Ottoman (Muslim) lays it down as the foundation of his discourse.”

Mukasey stressed that we should show respect to those Muslim voices that reject the imposition of shariah law, but remain vigilant against those who do not.

When asked, “How can disparate communities come together for a greater good, in spite of our differences?

Mukasey responded, “Together, study the Constitution, Declaration of Independence and Federalist Papers.”

Knowledge of facts is the beginning of understanding, power and tolerance. Americans do not inherently dislike Muslims. They dislike repression, violence and inequality.

Carla Garrison follows current events with one eye on history and the other on the future.  Her goal is to encourage people to know the truth and use it as a call to personal action. Read more Truth be Told.