Posted By NBRR on May 01, 2014 06:46pm CST
Share:
[box] Several days ago Secretary of State John Kerry, speaking at a closed-door meeting of the Trilateral Commission stated that “a unitary state winds up either being an apartheid state with second-class citizens—or it ends up being a state that destroys the capacity of Israel to be a Jewish state.” He has since tried to manage fallout by stating, “If I could rewind the tape, I would have chosen a different word to describe my firm belief that the only way in the long term to have a Jewish state and two nations and two peoples living side by side in peace and security is through a two state solution.” The following story is in response to Secretary Kerry’s statement.[/box] 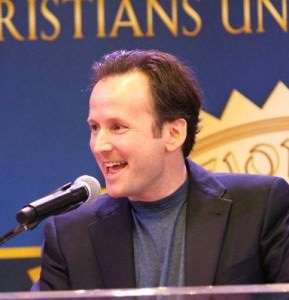 Israel’s enemies are getting smarter.  They’ve learned to avoid detailed debates on the conflict between Israel and the Palestinians.  They prefer simple labels, images and slogans.  Their newest line of attack is to call Israel an “apartheid” state.  This accusation – much like the question “when did you stop beating your wife?” – damns through its very issuance.  If repeated often enough, the foul stench of apartheid begins to hover over Israel.  Soon simple minds will take up this slogan.

Thus it should come as no surprise that Secretary of State John Kerry has now repeated this Middle East mantra.  Israel, he warned, is in danger of becoming an apartheid state if it does not make peace with the Palestinians and permit them to build their own state in the West Bank and Gaza. The fact that Israel has repeatedly offered the Palestinians a state in these territories does not seem to matter to Secretary Kerry.  And the fact that the Palestinians have repeatedly turned down these offers is likewise irrelevant.  Somehow, Israel is to blame and it is Israel which must be chastised.

The only response to a lie is the truth.  So let us tell the truth and tell it often.  Israel is a democracy in which all citizens enjoy civil rights regardless of their faith or ethnicity.  Over 20% of Israel’s citizens are Arabs, both Christian and Muslim.  Israel’s Arab citizens have the right to vote, and they vote in large numbers.  Arab citizens of Israel serve as members of Israel’s Parliament, judges on Israel’s courts (including the Supreme Court), diplomats in Israel’s Foreign Service and officers in Israel’s armed forces.

Some of the Arab members of the Israeli parliament are among Israel’s harshest critics.  And with each attack they make against their own country, they prove that Israel’s Arab citizens enjoy more political freedoms than any other Arabs in the Middle East.

Israel’s Arabs enjoy full freedom of religion.  Israeli Muslims – both Shiite and Sunni – can practice their faith free from physical threats and religious coercion.  The freest Muslims in the Middle East are the Muslim citizens of the Jewish state of Israel. 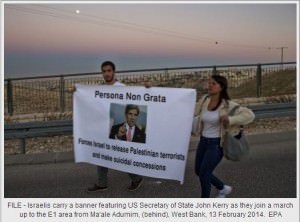 This argument melts under scrutiny.  Israel removed every last soldier and settler from Gaza in 2005.   Israel does not govern Gaza.  Hamas – a terrorist organization devoted to Israel’s destruction – runs Gaza.  Thus Gazans have no more right to vote in Israel than Canadian nationals have a right to vote in the United States.  If they want a right to vote, they should petition their own despots.  But most Gazans are probably too frightened of Hamas to do that.

The Palestinians of the West Bank are ruled by Fatah, a former terrorist organization that has renounced terror in word if not completely in deed. Like many Arab governments, this Fatah government has not permitted elections as often as they should.  But once again, if West Bank Palestinians would like to vote more often they should petition their own autocrats.

It is a mistake to call Judea and Samaria “occupied.”  This land is, at best, disputed territory.  The fact that Israel has repeatedly offered to give away its biblical and strategic heartland for peace should be admired, not taken for granted.  And the fact that the Palestinians have turned down these offers says more about the cause of the conflict than Israel’s critics are ready to hear.

Simply put, the Palestinians have been authors of their own fate.  If they have a complaint, they should take it up with their own governments.  They should emulate Israel, not blame Israel.  Blaming all ills on Israel will only persuade simple minds. [box] David Brog is the executive director of Christians United for Israel and the author of In Defense of Faith (2010) and Standing with Israel (2006). “Christians United for Israel (CUFI) is the largest pro-Israel organization in the United States with over 1.6 million members and one of the leading Christian grassroots movements in the world.”[/box]

NEXT up in Blog