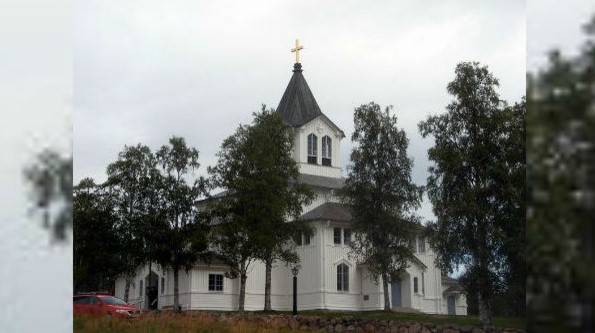 Pastors in Jeopardy of Jail…for What?

Churches in the People’s Republic of Massachusetts have grave concerns about a new anti-discrimination law that could force congregations to accommodate the transgender community – under the threat of fines and jail time.

The law, which goes into effect in October, does not specifically mention churches or other houses of worship. However, the attorney general, along with the government commission assigned to enforce the law, have a different point of view.

The Massachusetts Commission Against Discrimination, the commission responsible for enforcing the anti-discrimination law, reinforced that interpretation in a document titled, “Gender Identity Guidance.”

The Massachusetts Family Institute has launched a petition drive to repeal the law – warning that pastors and parishioners could find themselves in serious legal trouble.

“The law bootstraps the idea of gender identity onto existing Civil Rights laws,” MFI president Andrew Beckwith tells me. “Even having a sign in your church that says “This Bathroom is for Biological Women Only” could subject the pastor of the church to up to 30 days in jail.”

Beckwith said under the law, the sign would be treated the same as if it had said, “Whites Only.”

He said the MFI reached out to the attorney general’s office for clarification on the law and they were instructed to “get an attorney.”

“Churches are left not knowing whether it applies to them or not,” he said.

So who is going to be deciding what is and what is not a secular event?

“It shows religious tone deafness on the part of whoever is writing these regulations,” Beckwith said. “Any pastor I talk to is going to say their services and ministries and programs are open to the general public. That’s the whole point – to spread the Gospel and minister to the whole community.”

I’ve seen revival break out over the potato salad – during a dinner-on-the-grounds at a Baptist church in Mississippi.

Beckwith said he hopes churches will join their campaign to repeal the law – warning that “it’s going to have very real consequences on religious liberty.”

“If the church doesn’t defend itself from these attacks on religious liberty, they are going to cease having the ability to make the pastoral decisions they need to be able to make,” he said.

I reached out to the Mass. Commission Against Discrimination and they told me Commissioner Sunila Thomas George said there’s really no need for alarm.

“By and large, places of worship are not held to the Massachusetts Anti-Discrimination statutes that deal with places of public accommodation,” she said. “We are not by any means saying that the anti-discrimination laws absolutely apply to them.”

“There are circumstances where places of worship hold activities at their facilities or in their buildings that are purely secular events,” she said.

Among the activities that the state considers secular are soup kitchens, day care, housing, and polling places.

“In those circumstances, places of worship could be seen as open to the public,” Ms. George told me. “The operative word is ‘could.’”

So let’s use MCAD’s example of a church spaghetti supper. Under the state’s guidelines, that supper could fall under the anti-discrimination law.

I asked MCAD what the church would need to do to comply with the law.

“You would want to make sure that people are treated with regard to their gender identity and treated fairly and equitably,” Ms. George told me.

So what, specifically, does that mean?

“As long as people who are transitioning or who have transitioned are able to use a restroom they identity with, I think you are complying with the law,” she said. “You would want to make sure they are accommodated.

In other words, churches that hold spaghetti suppers would have to let men who identify as women use the same bathrooms as the little Sunday school girls.

The Baptist Convention of New England is among the religious groups in the region opposing the law – warning that it’s an attack on the First Amendment.

“Any attempt by a small vocal activist group to strip churches of that right should be vehemently opposed by all people,” executive director Terry Dorsett told Baptist Press. “If they can take a church’s right to practice their faith away, imagine what else they can do.”

For starters, they can tell good churchgoing folks what they can do with their spaghetti and meatballs.

To See the Article in Todd Starnes Click Here