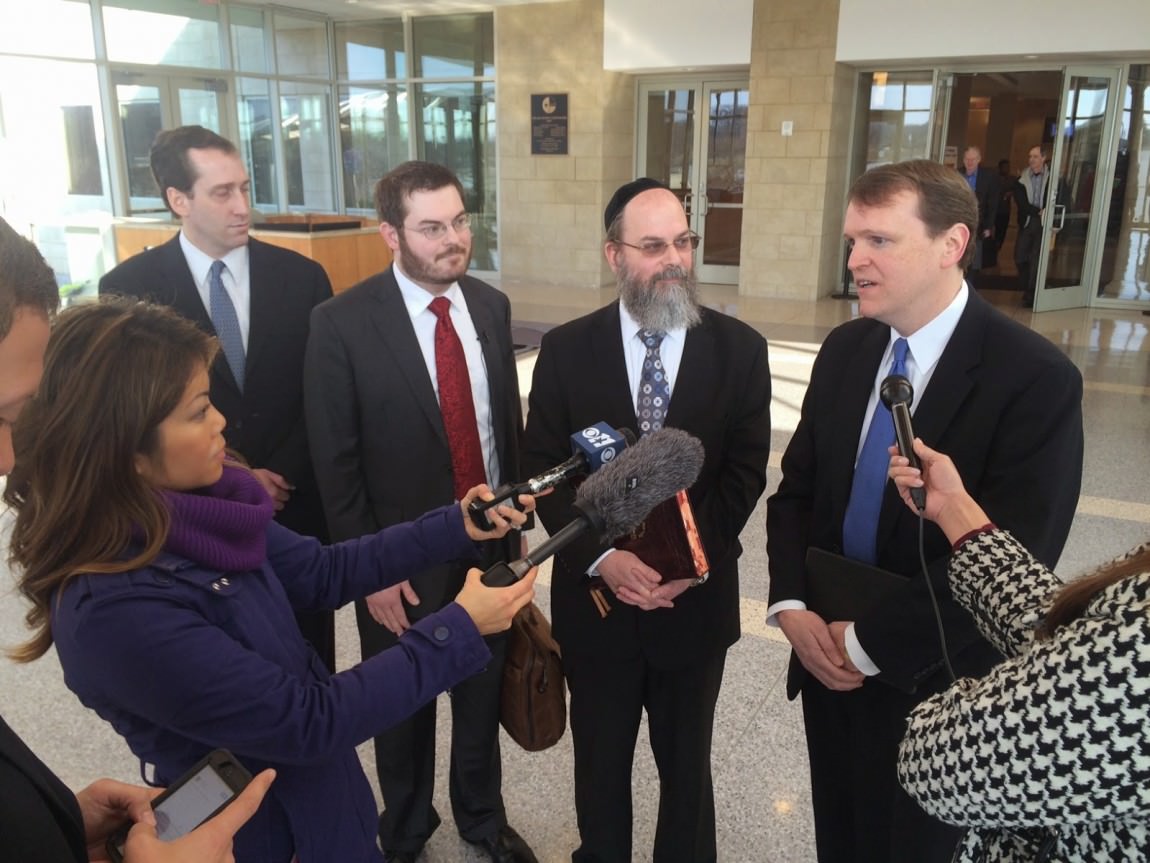 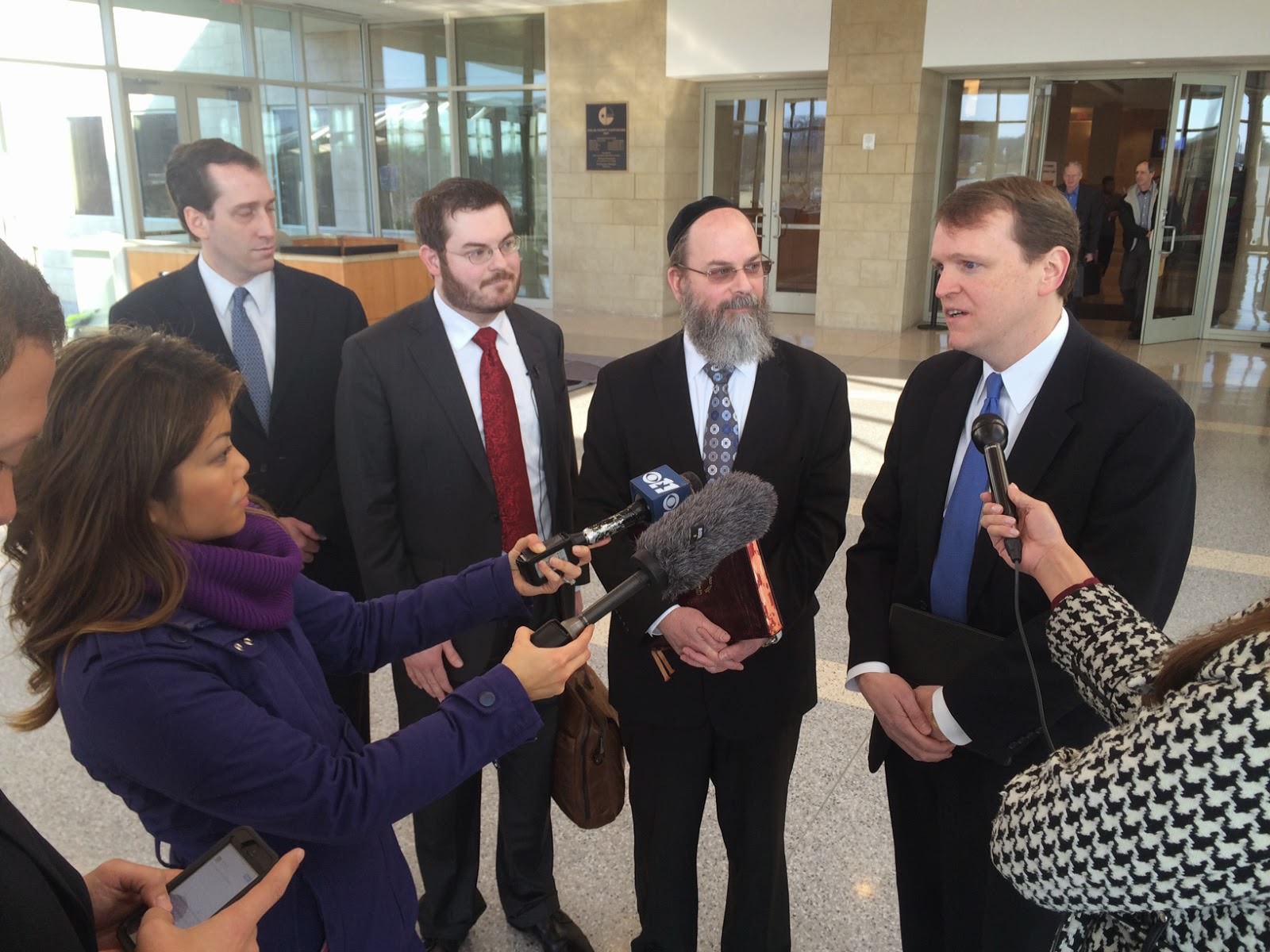 On Wednesday, February 4, 2015, Liberty Institute won another victory in an ongoing national battle against hostility toward local houses of worship.

At a hearing for a motion for summary judgment, Collin County District Court Judge Jill Willis ruled that members of a small Orthodox Jewish community have a right to continue meeting in a far north Dallas, Texas home for private worship.

Rabbi Yaakov Rich is hopeful that Congregation Toras Chaim will no longer face hostility in the neighborhood home where the Orthodox Jews peacefully meet.

“We are thankful that this distressing season has ended with a favorable ruling, protecting our right to worship” said Rabbi Rich. “I am incredibly grateful that Liberty Institute successfully defended our case, and that the law has upheld our right to live out our faith within our homes. I pray that today marks the beginning of a new era of tolerance and peace in our community.”

“We are grateful that the District Court upheld these members’ religious liberty rights,” said Justin Butterfield, Liberty Institute’s Senior Counsel and Director of Research and Education. “We are thankful that these Jewish families will no longer be under attack for exercising their right to worship God as prescribed by the tenets of their faith.”

A local homeowners association (HOA) and the past president of the HOA, Mr. David Schneider, had brought a lawsuit attempting to ban the congregation from peacefully meeting to study the tenets of their faith in a private home.

Congregation Toras Chaim has been meeting to study and pray in an area under the authority of the homeowners association since February 2011. The tenets of the Orthodox Jewish faith instruct members not to drive or ride in a car on the Sabbath or on Jewish holidays. For this reason, Congregation Toras Chaim members must meet within walking distance of their homes.

For two years, the homeowners association had full knowledge of the congregation’s religious activities in the neighborhood, and took no action. Then in 2013, the congregation relocated to another home in the area near Schneider. Soon, Schneider filed a lawsuit against Congregation Toras Chaim and the owners of the residence where they were meeting.

Schneider contended that the congregation’s religious activities violated the neighborhood’s residential-only restrictive covenant. Yet the HOA had not taken enforcement actions against several other non-residential uses of property in the area it governed, including a shed in Mr. Schneider’s own yard that violated the rules.

Further, banning the congregation would have constituted a “substantial burden” on its members’ free exercise of religion, thus violating two key laws: the Texas Religious Freedom Restoration Act (RFRA) and the federal Religious Land Use and Institutionalized Persons Act (RLIUPA)—both passed to protect against hostility to religion.

GRIEVANCES AGAINST A BLIND PERSON . . . AND YOUNG MOM!

Undaunted by such facts and laws, Schneider and like-minded friends took control of the HOA board, and dragged the association into the lawsuit against the small Jewish congregation, despite protests from many HOA members who opposed the suit.

Complaints cited by Mr. Schneider and his allies against Congregation Toras Chaim included petty grievances such as:

“If you can’t practice your religious beliefs within the walls of your own home—including having regular gatherings with a handful of fellow believers—then what good is saying Americans have religious freedom?” said Liberty Institute President and CEO Kelly Shackelford.

That’s why this outcome matters. Since Orthodox Jews do not drive on Saturday (the Sabbath) and must walk to worship, and since no other viable alternatives within walking distance exist, if they had been thrown out of the neighborhood the congregation might have disbanded. That would have been tragic. Not only for them, but for America.

Said Shackelford, “Remember, religious rights are the foundation of all rights. When anyone loses this freedom, we all lose.”