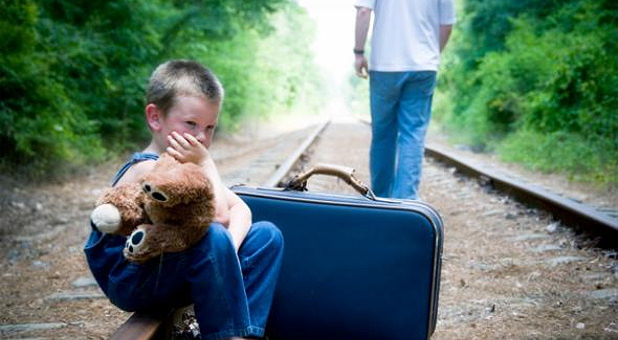 I wrote the following article in 1996, back in the days of ink stains and column inches, to summarize what leading secular scholars had written about why civilizations perish.  Unfortunately, the article is turning out to be prescient. The article focuses on the work of J.D. Unwin, an Oxford anthropologist, whose superb study, “Sex and Culture,” reveals the relationship between a society’s sexual mores and its strength or weakness. Because of space constraints, the article did not address the spiritual factor identified by Unwin, so I’d like to explain the spiritual dimension briefly in introduction.

Unwin noted that societies practicing a restrictive sexual code he dubbed “absolute monogamy” typically were monotheistic in their theology, and were willing to follow the severe restrictions on sexual expression, and the whole range of morally upright ways of relating with other people, out of a prudent fear of  the creator God. As they slid from monotheism into other forms of religious belief, their fear of divine judgment eroded, and sexual behavior began to occur more frequently outside of man-woman marriage. Sexual incontinence led ineluctably to family breakdown, the rash of social ills associated with fatherless children, widespread sexual perversion and eventually to the complete collapse of a society. Perceptive readers will note the parallel to Romans 1.

In his book, On Character, eminent social commentator James Q. Wilson defines virtue as “habits of moderate action; more specifically, acting with due restraint on one’s impulses, due regard for the rights of others and reasonable concern for distant consequences.”

Alarm bells should ring when prominent commentators start talking seriously about decidedly immoderate notions like homosexual “marriage,” without considering the consequences. William Raspberry recently [in 1996] noted in his Washington Post column that gay and lesbian couples of his acquaintance are “not dangerous,” wondered why some people believe allowing homosexuals to “marry” could threaten their own relationships, and suggested that opposition to “gay marriage” springs from prejudice. He asked, “What are we afraid of?” The answer, of course, is the distant consequences. The health and survival of our civilization is at stake.

To understand the danger posed by homosexual “marriage,” you must join the great scholars in asking some fundamental questions. Why do some civilizations flourish? Why do others perish?

Perhaps the definitive work on the rise and fall of civilization was written back in the ’30s by an Oxford anthropologist. In “Sex and Culture,” a study of 86 human civilizations ranging from Rome to Tahiti, J.D. Unwin found that a society’s destiny is tied inseparably to the limits it imposes on sexual expression. The highest levels of social development are reached only by cultures that practice what Unwin called “absolute monogamy,” in which marriage is limited to one man and one woman, sex outside marriage is not tolerated and divorce is prohibited.

Absolute monogamy promotes cultural growth by solving what anthropologist Margaret Mead termed the “central problem of every society,” to “define appropriate roles for men.” Monogamous civilizations require men to choose either lifelong celibacy or the responsibilities of a husband: fidelity, breadwinning and fatherhood. Most marry, to their good fortune, because married men tend to be healthier, happier and more productive than bachelors. Joseph Schumpeter, the great economist, attributes the success of capitalism not to the entrepreneur’s lust for money or status, but to his love of family. The central pillar of any healthy civilization is the self-sacrificing married man who doesn’t spend his income on himself, but prefers “to work and save primarily for wife and children.”

Civilizations cease to grow, found Unwin, within two to three generations after retreating from absolute monogamy. Moral standards erode when a society’s members chafe at the discipline imposed by monogamy, and begin to gratify their personal impulses without regard for the consequences inflicted on others. According to sociologist Robert Nisbet, “What sociologists are prone to call social disintegration is really nothing more than the spectacle of a rising number of individuals playing fast and loose with other individuals in relationships of trust and responsibility.”

If individualistic selfishness and self-seeking are not checked, Harvard sociologist Pitirim Sorokin warns us, a society will lapse into “sexual anarchy.” In The American Sex Revolution, Sorokin wrote that “both men and society are degraded” as a culture becomes “sexually obsessed.” “The members of such a society are habituated to look at the opposite sex as a mere instrument for pleasure … to these individuals, talk of human dignity, religious and moral commandments, and rules of decency is just bosh … the society degrades the values of womanhood and manhood, of motherhood and fatherhood, of childhood and venerable age, of marriage and family, and even of love itself.” Divorce, desertion and deviance become commonplace, when “what used to be considered morally reprehensible is now recommended as a positive value; what was once called demoralization is now styled moral progress and a new freedom.” Sorokin describes this as “moral schizophrenia.”

In an amoral, hedonistic society, you can’t trust the people you need to trust, not even your spouse. If people can make and break relationships at will, with no legal repercussions or social stigma, they are much more likely to abandon their marriages—at their children’s expense—when they encounter tough problems. Husbands with roving eyes are much more likely to trade in the wife for a new model.

Such selfish, undisciplined societies meet ugly fates. In his Social and Cultural Dynamics, Sorokin studied 1,623 “internal disturbances in Greco-Roman and European history,” and found that sexual permissiveness almost always precedes or accompanies “an explosion of sociopolitical disturbances.” Unwin found that every society, without exception, that rejects absolute monogamy either becomes a stagnant cultural backwater or collapses altogether.

What does all this mean for homosexuality and “gay marriage”? No sector of our society is more obsessed with sex, or more promiscuous, than the homosexual subculture. To accept the practice of homosexuality is to make irresponsible sexual behavior easier for our society. To permit homosexual relationships to be formalized is to establish a dangerous precedent that people may form sexual unions outside the healthy one-man, one-woman framework. In effect, we’d be rejecting Unwin’s “absolute monogamy” model for good, because rights are very difficult to withdraw once they’ve been granted.

What of Mead’s “central problem” in society, defining the duties of the male? Homosexuality does nothing to channel men into the husband/father/provider role that so benefits society. Male homosexuality entices men away from that role, by offering a sexual outlet with no strings attached—and even trains them to view one another as sexual objects through the anonymous sexual encounters so prevalent among homosexual men. Lesbianism eliminates male responsibility altogether.

“But wouldn’t ‘gay marriage,'” counter supporters, “encourage homosexuals to be monogamous?” Hardly. In the homosexual press, “gay marriage” advocates admit openly that they would not remain faithful if married. Homosexual columnist Michelangelo Signorile writes that “gays” would seek instead to make adultery acceptable, by redefining the “archaic institution” of marriage. The purpose of “gay marriage” is to win legal benefits and social sanction for homosexual couples, not to improve their behavior.

According to Unwin “the historical evidence [suggests] that homosexuality is a habit that appears in a society … that has been absolutely monogamous, and is relaxing.” If Unwin is correct, then the increasing prominence of homosexuality in our culture confirms ominously that America has strayed too far from the straight and narrow morality that invigorates cultures. To give homosexual couples the right to marry would be like taking another giant, virtually irrevocable step down the road to sexual anarchy and cultural ruin. Here are the distant consequences that threaten every marriage in our society, including Raspberry’s; here is the reason why opposition to “gay marriage” is not based on prejudices, but on common sense.

NEXT up in Family