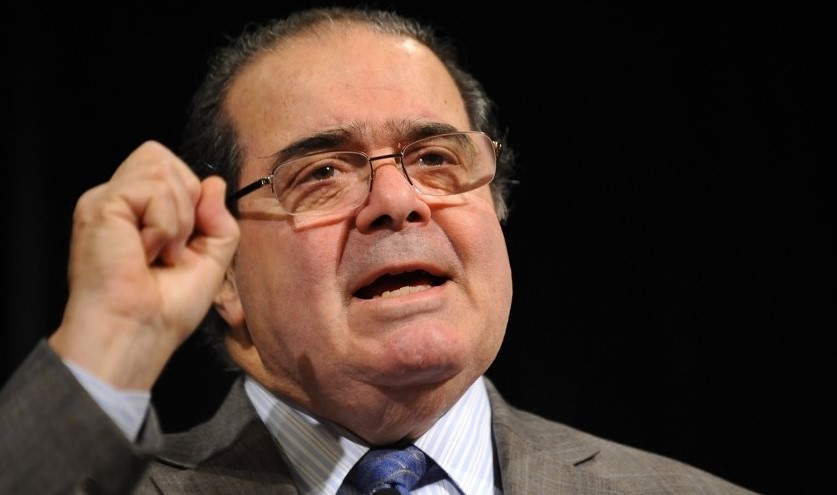 Justice Antonin Scalia was our rock on the Supreme Court. In honor of him, here are some of his most memorable quotes from one of the most courageous jurist of our time.

Address to the Knights of Columbus: “God assumed from the beginning that the wise of the world would view Christians as fools … and he has not been disappointed. … If I have brought any message today, it is this: Have the courage to have your wisdom regarded as stupidity. Be fools for Christ. And have the courage to suffer the contempt of the sophisticated world.”

Dissenting in the abortion decision Stenberg v. Carhart: “The notion that the Constitution of the United States, designed, among other things, ‘to establish Justice, insure domestic Tranquility, . . . and secure the Blessings of Liberty to ourselves and our Posterity,’ prohibits the States from simply banning this visibly brutal means of eliminating our half-born posterity is quite simply absurd.”

Dissenting in Wabaunsee County v. Umbehr, “The Court must be living in another world. Day by day, case by case, it is busy designing a Constitution for a country I do not recognize.”

Dissenting in the same-sex marriage decision Obergefell v. Hodges: “A system of government that makes the People subordinate to a committee of nine unelected lawyers does not deserve to be called a democracy.”
– Quotes from CitizenGO, 2/14/16

From Scalia Dissents. Writings from the Supreme Court’s Wittiest, Most Outspoken Justice.

Reason finds no refuge in this jurisprudence of confusion …. The imperial Judiciary lives. It is instructive to compare this Nietzchean vision of us unelected, life-tenured judges… with the somewhat more modest role envisioned for these lawyers by the Founders.

“The candid citizen must confess that if the policy of the government upon vital questions affecting the whole people is to be irrevocably fixed by decisions of the Supreme Court … the people will have ceased to be their own rulers, having to that extent practically resigned their Government into the hands of that eminent tribunal.” [T]he Court should return this matter to the people – where the Constitution, by the silence on the subject, left it – and to let them decide, State by State, whether this practice (abortion) should be allowed.”

Justice Scalia’s dissent on homosexuaity case in  Lawrence vs. Texas (2003): [H]omosexual sodomy is not a right “deeply rooted in our Nation’s history and tradition…Today’s opinion is the product of a Court, which is the product of a law-profession culture, that has largely signed on to the so-called homosexual agenda, by which I mean the agenda promoted by some homosexual activists directed at eliminating the moral opprobrium that has traditionally attached to homosexual conduct.

Justice Scalia’s dissent in Lee v. Weisman (1992), a religious freedom case where a challenge arose to a Rhode Island public school system’s practice of inviting members of the clergy to offer prayers at the middle and high school graduation ceremonies:

NEXT up in The National Headlines