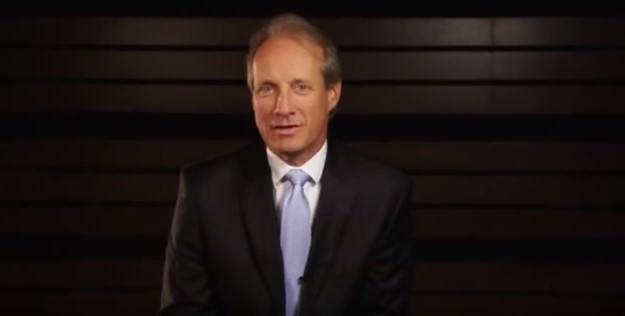 */?>
Posted By nbrr on January 26, 2016 05:17pm CST
Share:
As election year opens, many pastors are asking, “what are my rights when it comes to addressing political issues?”

Many believe that political issues and the pulpit may never converge. In a four-minute video, Kelly Shackelford, Liberty Institute President and CEO, explains why this is simply not the case.

“There are a lot of misconceptions that pastors have about what their rights and freedoms really are,” Shackelford says, adding that many fear legal ramifications if they mention or participate in politics.

“That fear is not coming because of the law, it’s coming from other sources that would try to silence you,” Kelly continues.

According IRS regulations, there are only two things that pastors and churches, when classified as a 501(c)(3) organization, cannot do—two things we have never known pastors to want to do.

1. A Pastor or Church May Not Use the Organization to Endorse One Candidate Over Another

This does not mean that a pastor—in his individual capacity as an American citizen—may not endorse one candidate over another.

2. A Pastor or Church May Not Give its Money to One Candidate Over Another doesn’t mean that pastors or church members, in their individual capacities as American citizens, cannot donate to the political campaign of their choice. They can even be the Campaign Chair for a candidate if they want. But pastors may not, however, donate official 501(c)(3) church funds or resources to one political candidate over another.

FOUR THINGS PASTORS CAN DO DURING ELECTIONS

1. Pastors Can Speak About Political Issues

It is a misconception that pastors cannot address political issues—even “hot button” issues like abortion, same-sex marriage, and gun control—from the pulpit. Any person or entity that attempts to silence a pastor for addressing these issues is violating that pastor’s constitutional rights under the First Amendment.

“Pastors have every right under the First Amendment to talk about any of those issues,” Shackelford says, “and there’s never been any case in the history of this country that said pastors can’t do that.”

Historically in America and in many places around the world, government and religion have never been mutually exclusive concepts; rather, they coexist. America’s Founding Fathers saw religion as a necessary component to a healthy, moral society—not a taboo topic to bar completely from the political realm; neither was political talk to be barred from churches.

Sermons on politics, government, and controversial issues were common at our nation’s founding, and popular among pastors and churches on varying sides of the political spectrum.

2. Pastors Can Educate Their Congregation About Politics

“That’s exactly what pastors are supposed to do,” Shackelford states. “They’re supposed to equip the saints in works of service, and that includes representing their faith and morality in the voting booth.”

Pastors are fully protected when it comes to issues like educating members of their church about the political process, handing out non-partisan voter guides and fliers so members can read about each candidate’s platform, and even providing the opportunity for members to register to vote.

3. Pastors Can Invite Political Candidates to Speak at Their Church

Contrary to popular belief, pastors and churches can invite political candidates to address their congregation from the pulpit, as long as all the candidates in a race are included in the invitation.

What if only one candidate accepts the invitation and shows up? No problem!

4. Pastors Can Participate in Politics in Their Individual Capacity

To See the Original Article in Liberty Institute Click Here